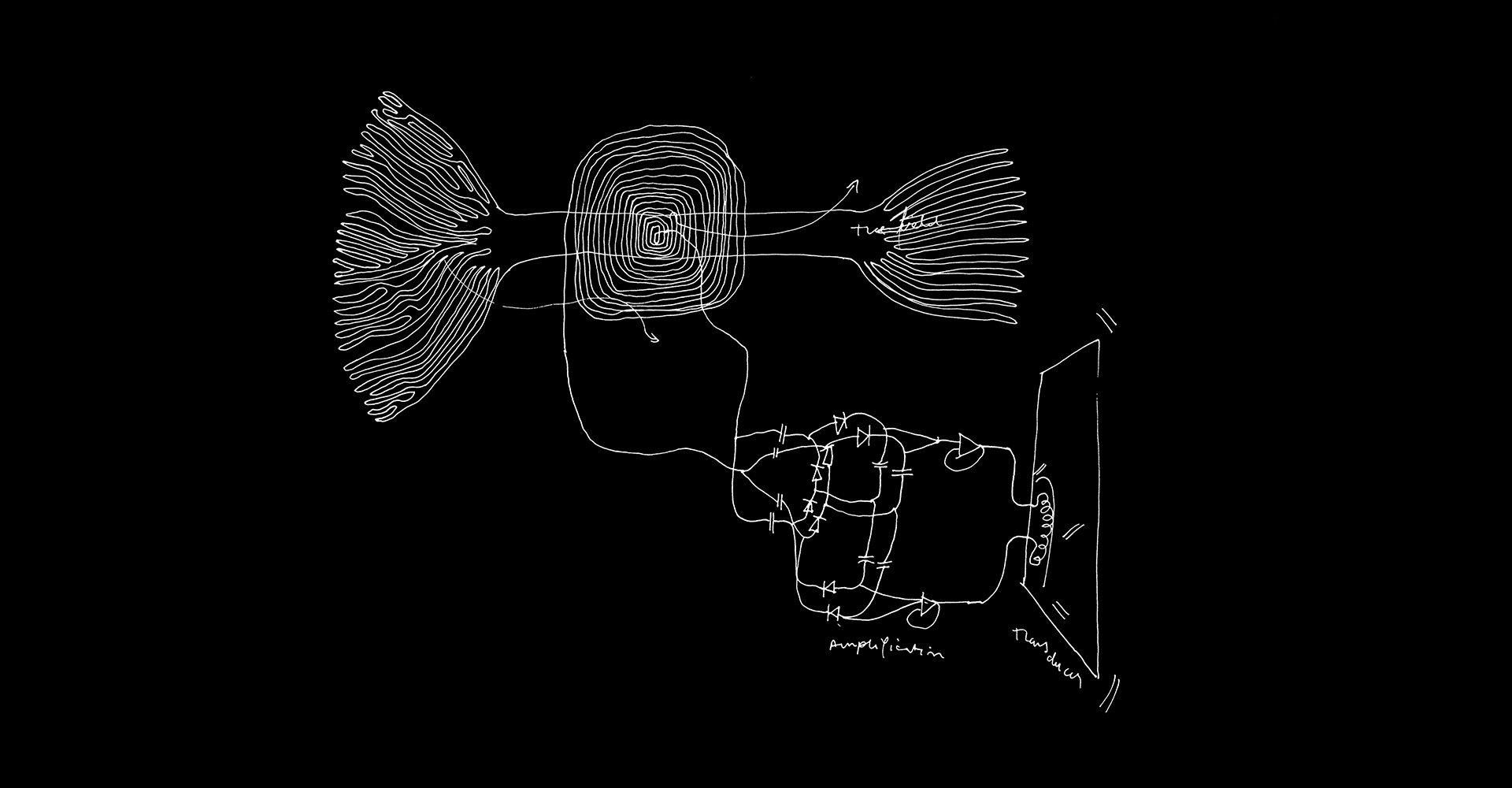 Arboreal Receptors reveals the occurrences of aerial radio-electromagnetic fields from a tree’s perspective. As sculptural instruments, Ioana Vreme Moser installs self-perpetuating kinetic devices on tree trunks, which resonate invisible tensions at the interlacing of two very different networks. In the air, we find a multitude of human-made radio-electromagnetic fields. They expand inconspicuously as a large network in both urban and natural landscapes. On the other hand, underground, we find an entangling of roots that constitute a quite different kind of network—one that strongly depends on coexistence. Mycorrhizal fungal systems—affectionately called the Wood Wide Web—nurture trees but are disturbed by the electromagnetic eruptions perpetuated by them. Our Wi-Fi and mobile networks interfere with this intricate underground ecosystem.

Inspired by early engineering experiments with tree radio reception (George O’Squier 1904), Arboreal Receptors converts trees in antennas, and intercepts the instances when these two networks (electric and living) collide. Once activated in an arboreal collective, the instruments move in irregular patterns to unveil the clashing of natural and artificial informational systems.