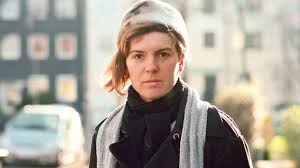 Born 1982 in Iowa. At the age of five years Ann Cotten was taken by her parents, who are both biochemists, to Vienna, where they went for work. There she finished university in 2006 with a work about Concrete Poetry. At the same time she first emerged as a poet at poetry slams. In 2007 Cotten, whose work has been published in anthologies and journals for poetry, succeeded as a writer with her first book, Fremdwörterbuchsonnette, which was published at Suhrkamp. Her latest book with Suhrkamp is Florida-Räume Some of her poems have been translated into English and published in journals like burning deck (USA). In 2010 Cotten collaborated with visual artist Kerstin Cmelka in a book called I, Coleoptile. Original English poetry and film stills, the book was published by Broken Dimanche Press.

Cotten grew up as a Viennese girl, nevertheless there is a remarkable idiom in her writings including lots of English allusions.

Ann Cotten lives in Vienna and in Berlin.