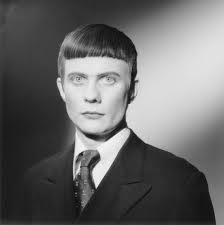 is an electronic musician. He has been involved with music since he was 8 years old, when he studied piano, organ and glockenspiel. His youthful experiments really took off in 1980 when he got a Korg MS-20 synthesizer. His early works have been released under the title The Tetchy Teenage Tapes of Felix Kubin. His first solo album Filmmusik was released in 1998 by Gagarin Records, Felix’s own label founded in the same year.