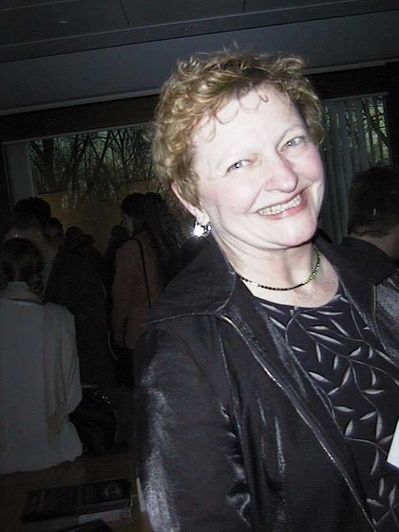 Kathy Rae Huffman is a freelance curator, writer, and networker based in Berlin since 2008. To research the exhibition “Exchange and Evolution: Worldwide Video Long Beach,1974-1999,” Long Beach Museum of Art (2011- 2012), part of Pacific Standard Time, she was a visiting scholar working in the archives of the Getty Research Institute (2010). She was project curator and touring coordinator for ‘Transitland: Video art from Central and Eastern Europe 1980-2009’, an archiving project realised by collaborative research, managed by InterSpace Association, Sofia, Bulgaria (2008-2011). She is currently researching for a major touring exhibition that surveys the pioneering photography, video and performance work of the late Nan Hoover (1931-2008).

Huffman has held curatorial posts at the Long Beach Museum of Art (1980-1984), The ICA Boston (1984-1991), and Cornerhouse, Manchester, UK (2002-2008). While based in Austria (1991–1998) she was a freelance consultant for the Soros Centers for Contemporary Art in Eastern and Central Europe; curated programs for The Ars Electronica festival; and was coordinator for piazzetta participation during Van Gogh TV’s 100 day documenta television project ‘Piazza Virtuale’ (1992). She was appointed professor of electronic art at Rensselear Polytechnic Institut, Troy, NY (1998-2000), where she directed the undergraduate BS program EMAC (Electronic Media Art and Communication) which she left to become director of Hull Time Based Arts, in the UK (2000-2002). She has lectured, presented programs and workshops, written about, consulted for, and coordinated events for numerous international media festivals and arts organisations.

Huffman’s independent research is focused around issues of the history and development of media art and artists’ television as well as female Internet environments. Her interest in pioneering female artists working with digital and analogue technology has been presented in a presentation: ‘Machine Divas: Time Travellers”. As a writer, she contributes to artists catalogues, as well as [www.Arterynyc.com]. She initiated the multimedia column ‘pop~Tarts’, for the Telepolis online journal (1996-1998), co-writing with Margarete Jahrmann. In 1997, she co-founded the international online community for women in media “FACES: Gender/Technology/Art” (with Diana McCarty and Valie Djordjevic). Her pioneering Internet project work Siberian Deal (1995) and Face Settings (1997) with Eva Wohlgemuth (Vienna), is accessible online. Huffman received an MFA in Exhibition Design from California State University Long Beach in 1980, where she also completed the post graduate course in Gallery and Museum Studies.