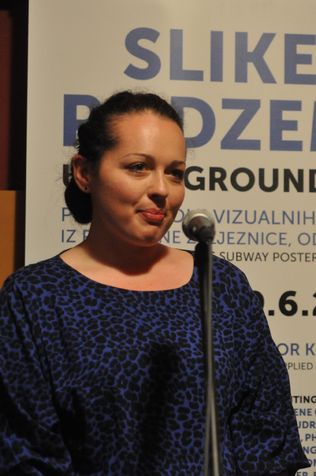 born in Zagreb, Croatia in 1985. After finishing School of Applied Arts and Design Zagreb, Department of Interior Architecture, she enrolled in Faculty of Architecture – School of Design at the University of Zagreb and in 2012 received her M.A. in (Visual Communication) Design. As cofounder, creative director and project manager she works at Organizam (Sintoment + UBU + Babushke + Nefunkcionalni most).