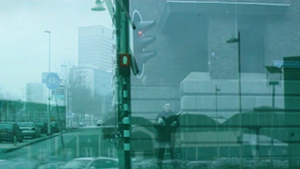 Szely Szely studied at the Institute for Electro-acoustic and Electronic Music, Vienna.

He works in the fields of sound-architecture and -installation, intermedia art, composition, radio art, sound environments for theatre, concerts and performances, and acoustic interventions in public space. Since 2003, he has been in charge of the sound architecture and the sound direction for the series TONSPUR für einen öffentlichen raum, a project by TONSPUR Kunstverein Wien. His works were several times prize-winning (honorary mention Prix Ars Electronica 2010 TONSPUR für einen öffentlichen raum, , support price of the city of Vienna for composition in 2004). CD releases on mosz, sabotage records, one drop of blood records. Numerous grants, e.g.: Mexico City, Fujino Japan, Istanbul. His works, as well as concert installations were shown and heard in Europe, the USA, in Asia and in Canada as well as in Russia.