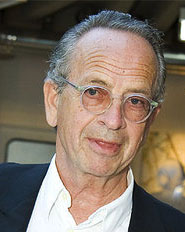 Richard Kriesche (AT) was born in 1940 in Vienna, Austria. He studied at the Academy of Fine Arts in Vienna. In 1973, he founded “Poolerie”, a media gallery for photography, film and video and was co-editor of the mediaart magazine “Pfirsich”. In 1977, he was head of the experimental sector of the Audio-Visual-Center (AVZ) in Graz. Richard Kriesche taught at the Technical University Vienna (Austria), the Hochschule für Gestaltung Offenbach (Germany) and the École Nationale Supérieure Des Beaux Arts in Paris (France).

Kriesche was also active in a number of cultural and political functions. He has participated in numerous international festivals, including Documentas 6 and 8 in Kassel, Germany, the Ars Electronica in Linz, Austria (1989, 1994, 2003, 2010) as well as the 35th, 42nd, and 46th Biennales di Venezia. Presently, Richard Kriesche lives and works in Graz and Vienna.